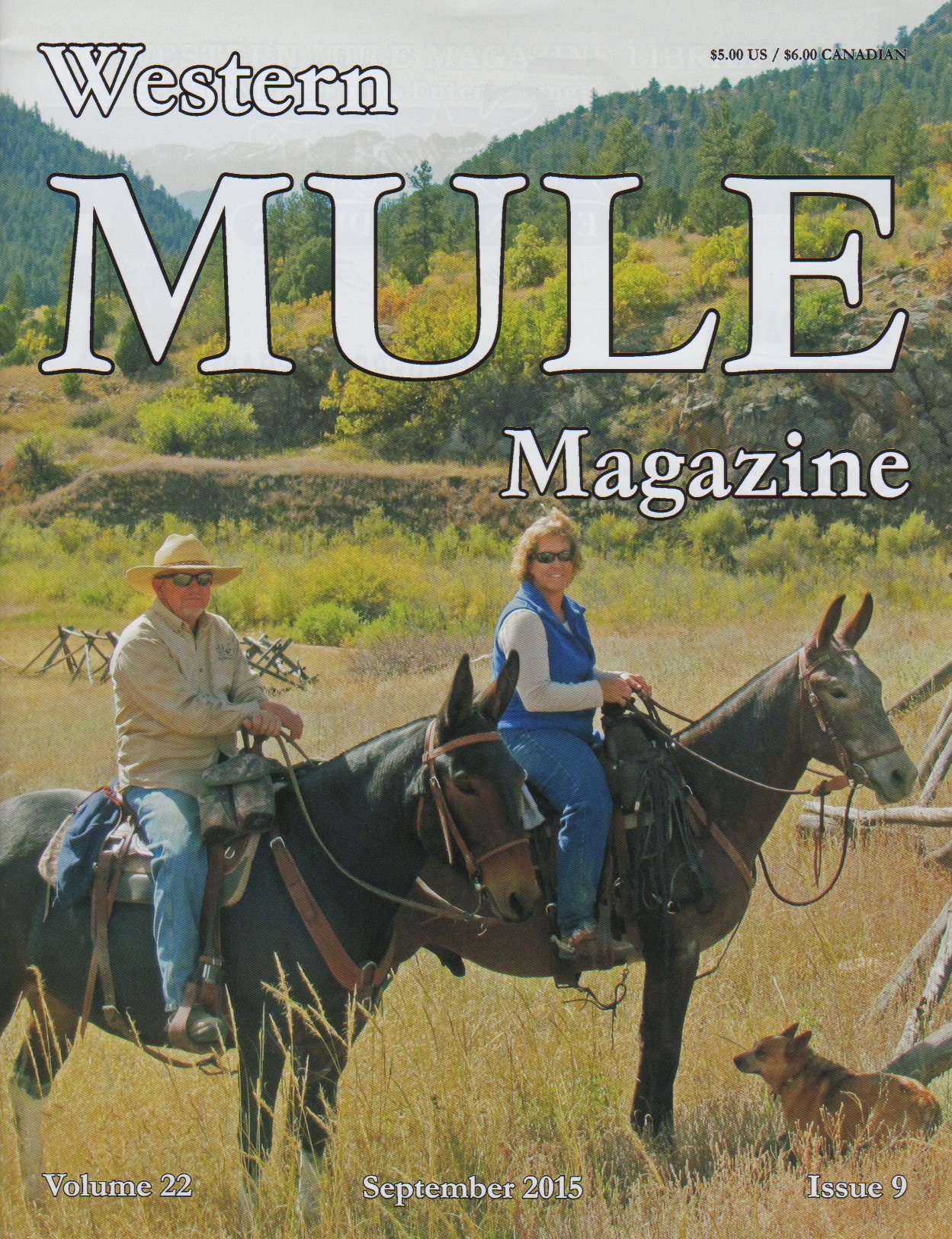 Summer brings many wonderful things. Fresh watermelon, bluebird skies, and trail work parties. I recently had the privilege of being part of a trip that included all of the above, and even a few more highlights that rounded out our 8-day adventure in the Pasayten Wilderness.

The Pasayten is a very big piece of very wild country that skirts over 50 miles of the US Canada border in north central Washington. With nearly 150 peaks towering over 7,500 in elevation and over 160 water bodies dotting the landscape the area has much to offer stock users. This magical space can accommodate every type of riding that you can imagine; from scrambling up the rugged ridges dominating the western side of the wilderness to ambling through the park like plateaus that are typical of the eastern regions. Over 600 miles of trails exist to grant access into the Pasayten, but maintenance on many of those trails has been lacking. Enter the Back Country Horsemen of Washington. 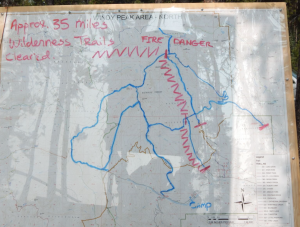 Two thirds of the mission statement of the BCHW includes 1) Keeping trails open for all users, and 2) providing volunteer service to resource agencies. For the past three years this group has been tackling these jobs in part by organizing statewide work parties that bring in dedicated volunteers from across the state to attack the biggest and the worst trail systems with sweat, saws, and mules. As far as I’ve been able to determine the Washington BCH crew is the only one that has an annual state wide work party of this nature. For 2015 the scope of the work was centered on the eastern side of the Pasayten Wilderness area. From June 30th to July 7th BCHW members worked on making all the trails into the wilderness from the Tonasket Ranger district passable by stock. In many cases these seven trails haven’t been usable by mule and horse riders for the better part of a decade. We had our work cut out for us from the beginning and it only became more challenging as the week wore on. This is the story of the 2015 BCHW Pasayten Work Party.

As you make your way into the eastern half of the Pasayten the towns that you pass become progressively smaller as you venture further from civilization. The last town that we passed had bighorn sheep standing guard in the middle of the road. A quick blink of the eye and the booming metropolis of Loomis was left far behind and the long pull up the Toats Coulee Creek Valley began. After about 17 miles of fairly interesting Forest Service road we arrived at our turnoff and proceeded to the Buchert sheep corrals. These crumbling remains are a mute testament to the long history of grazing in the area. Some of the older members of the work party shared stories of watching thousands of sheep dotting the hillsides back in the days before grazing was considered contrary to the best use of the land. For the next week these corrals served as temporary quarters for a number of animals including Ruger a bay john mule who calls Dave Siebel his human.

On the first of July there was a chill in the air and the sun was only thinking about peeking over the horizon as we rose at 0430 to feed and tack 10 animals before departing the trailhead at 0630 to make the trip to the rendezvous point where we would be loading the gear, equipment and camp supplies for the Washington Trails Association crew that was to work with BCHW for the week. Two of the four mules that made this initial trip into the wilderness were Iris and Ayla, the two hard working mules that Vicki Gish cares for. Vicki and I left early to clear the way for the main pack train and I’m glad we did as there were 12 newly fallen trees blocking the way. Stella, my 42-inch crosscut saw, made short work of them as we slowly worked our way to our gear loading appointment.

A look of disappointment was on the faces of the WTA crew when Vicki and I arrived with Ayla, our single pack mule. We’re just the advance party, we assured them, the main pack train is just behind us and will carry all of your gear. While I’m not sure the hikers believed us we started laying out manties and staging the assortment of pulaskis, shovels, McLeods, and other assorted tools and gear. Veteran packer Al Whitworth arrived soon after and quickly organized the loads that would support the WTA personnel for what was supposed to be a five-day work trip into the wilderness. Finally at 1100 we were loaded and ready to head out. The trip had begun.

Almost immediately after leaving the trailhead you’ll encounter a sobering vista of burned forest, stretching along the flanks and ridges of the wilderness. This stark scene is a lingering reminder of the Tripod fire that in July 2006 burned through 175,000 acres, an area three times the size of Seattle. As you ride through the burned areas an emerald carpet of undergrowth provides a brilliant contrast to a vast expanse of the bleached white and charcoal black tree trunks standing as silent sentinels of the forest. Making our way through the burn large meadows blanketed in wildflowers greeted us on our approach to Sunny Pass on the way to Horseshoe Basin where we would drop off our load. A snug camp in the wilderness was our home for the night for the night before returning the following morning to the BCHW main camp and our next assignment. Little did we know that almost 9 years to the day after the start of the Tripod incident another wildfire would occur in the same area.

Haig Mountain, Teapot Dome, and Saddle Peak glowed in the early morning sun the morning of the 2nd as we broke camp, said our good byes to the trail crew and made our way back over Sunny Pass and followed the valley of the Middle Fork of Toats Coulee Creek. After 16 miles and 6 hours we arrived at the BCHW main camp with horses, mules, and humans alike tired after a long haul. Once the beasts were watered, fed, brushed, and tended to it was time to take a moment for us. As I settled into a cozy camp chair with a cold soda I noticed an odd cloud rising above the lodgepole pines. Thick, swirling, and the color of an old bruise, this was no sunny day wisp. A forest fire was burning in the wilderness, near the spot from which we had just returned.

The drought currently sucking the life out of California is also making life hot, dry, and dangerous for the entire west coast where there has been little rainfall, soaring spring temperatures, and now what looks to be a record breaking wildfire season.

As we watched the smoke plume slowly twist upward, our Forest Service radios started squawking and it was soon decided that the WTA trail crews would evacuate their camp immediately, leaving behind all of the their tools and gear. The BCHW base camp was located upwind from the fire and out of immediate danger so our stock and us were safe at least for the time being. It was also decided that if it were safe to do so the following day a BCHW pack crew would make its way to the WTA campsite and pack out the gear that we had just delivered. If it still existed. The rest of the day was spent with a close eye on the direction of the smoke plume and an ear on the radio.

Friday, the 3rd, brought good news. The fire had only spread slightly during the night. It was safe for the packers to head in and collect the trail crew’s equipment and ok for the rest of the BCHW group to continue clearing trails and replacing lost trail signs west of the area directly impacted by the fire. Vicki and I reported in to the sign crew and loaded Ayla with wooden posts, signs, a rock bar, and other miscellaneous equipment for the day’s efforts and proceeded up the trail to Windy Peak. Although the path to Windy Peak is some nine miles away from Horseshoe Basin traveling through the forest of fire-killed trees was a constant reminder to stay alert to the radio and to the smoke plume overhead. Shortly after midday the sign crew grew larger when Ruger and his humans joined us as we made our way back to camp stopping to unleash Stella on the many fallen logs that blocked our way.

Independence Day found me joining the organizer and leader of the work party Jason Ridlon, his mule Bill, Darrel G. and his pack mule Chico, and Cathy N. and her mules Edith and Sassy. The plan for the day was to install trail signage past the crest of Windy Peak and then to work our way down the mountainside, clearing trail as we went. To accomplish this mission Chico was outfitted with hard sided panniers rigged to haul tools including a high lift jack, pulaskis, sign posts and more. Chico is one hard working pack mule! The long climb to the top of Windy took longer than expected and we had to turn around after placing our trailer marker. However from the top of the peak the smoke plume from the wildfire was both fascinating and scary as the fire raged only a few short miles away.

The daily routine of the work party continued in a similar manner throughout the trip. Rise early to feed and water the animals. Grab a quick breakfast and lunch from the remarkable camp cooks that keep us all fed and happy, then ride out to clear and maintain trails. Return to base camp in the evening and repeat the process the following morning. While the sounds of a well sharpened crosscut singing its way through a fallen tree and the scraping of a Pulaski clearing a waterbar are soothing, there’s no denying that this was/is hard work.

A light coating of ash on the morning of the 7th marked the last day of shindig. The fire was still burning, but thankfully away from the main body of trails that we had re-claimed from the forest. Over 42 miles in total of wilderness trails are once again passable by stock users and hikers that will appreciate not having to crawl, climb, and scramble through deadfall.

The job’s not done however, as more and more fire-killed trees from the 2006 blaze are falling over from weather and rot. Areas where one can freely ride today may soon be blocked by lodgepoles that fall overnight or whenever the wind blows. BCHW members will continue to clear and maintain trails and fulfilling our mission statement.