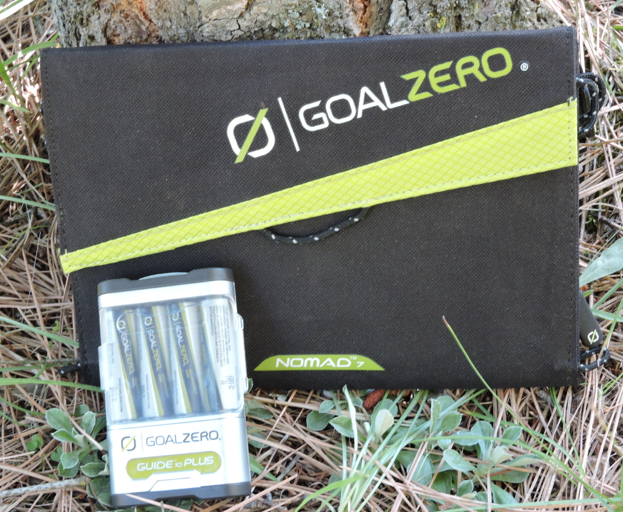 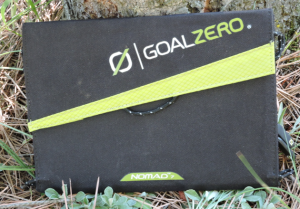 Sometimes it seems that electronics are the bane of our existence. Unfortunately, unplugging from the world and completely disconnecting isn’t always an option. When staying connected is a must, Goal Zero can help with their Guide series of solar rechargers. TrailMeister has been testing the Goal Zero Guide Ten Plus solar kit and through the magic of solar power this lightweight package can help keep your small electronics running.

Goal Zero’s Claim: “Plug these rechargers into the sun. Compact and portable rechargers and solar panels to keep your phone powered anywhere.” 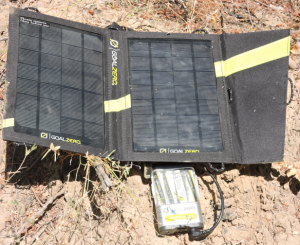 The sun – that enormous power plant in the sky – bathes the earth in ample energy to fill your power needs. It doesn’t run out of fuel. It’s free. And it can keep your cell phone and camera charged.

The Goal Zero Guide Ten Plus package is designed to recharge small electronic devices whenever you’re away from standard house current, i.e. when you’re camping.

What’s in the Box: 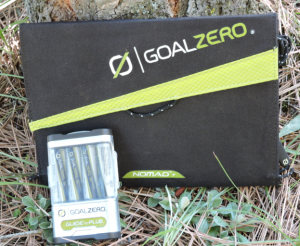 The Guide Ten is a package deal consisting of the Nomad 7 solar panel and the Guide Ten Plus Power Pack. 4 AA batteries round out the kit. Simple and uncomplicated the way we like it.

The complete setup weighs just around a pound and folds into a compact 6×9 unit that is easily stashed in a pack or pannier box. The solar panel has handy loops that let you strap it to anything that you might want to such as securing it to the top of pack mules load and charging your batteries when on the move.

We couldn’t be happier with how the Goal Zero operated. In bright sun the Nomad 7 panel charged the 4 AA’s in the Guide Ten Power Pack in about 4 hours. While you can plug a phone directly into the solar panel we found that it’s easiest and best to use the Power Pack as an intermediary. This gives you the option of using the AA batteries in other devices as well. The power pack can also be charged from a USB port if desired. 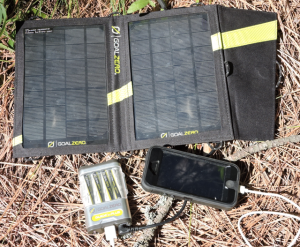 On a recent trip into the Norse Peak Wilderness the Goal Zero Guide Ten package was used in the following manner: 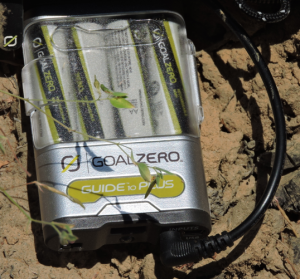 In today’s battery powered world a reliable method for recharging said batteries is a necessity especially when venturing into remote areas. The Goal Zeros construction is robust enough to handle the rigors of horse camping and backcountry trips.