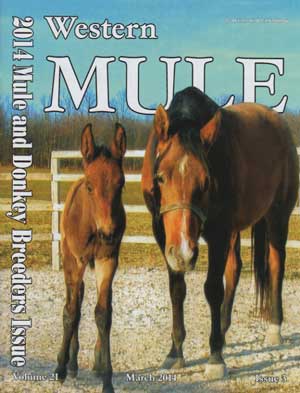 It’s hard to believe that we’re already into February, Sometimes it doesn’t feel like it but the days are slowly getting longer(by about 2 minutes a day!), and soon it’ll be prime riding weather again. About the only downside of the eminent return of great weather are all of the other folks we’ll have to share the trails with. So with that in mind let’s consider how we as horse and mule folk can be better neighbors with those other trail users. After all if we can make allies of them chances are that we’ll have many more areas and miles to explore in the future.

Leave Space. From the trailhead to the viewpoints leave plenty of space for other trail users. There’s a good reason why police departments around the world have mounted detachments. Horses are large animals and they can be intimidating. While we may not think about it that hiker or biker we meet could be terrified. Let’s be good neighbors by not only giving ground sloggers some breathing room let’s also try to give them a break on trail etiquette rules that they may not know or understand.  Regardless of whether I have right of way if it’s easier for me to step to the side I will. You’d be surprised at how much good will that one small gesture can create. In the same vein, at the trailhead it’s a great idea to park at the far end, way from the busy section at the trailhead. Not only will parking in a lower activity area be appreciated by other drivers you’ll enjoy not being blocked in if the trailhead gets busy.

Communicate. We belong to wonderful and very exclusive club. The equine world is so exclusive that we’re less than two percent of the population of the US. The 98.6% of the population that hasn’t been around equines simply don’t know horse behavior or horses’ reactions. No wonder the other folks on the trails don’t know what to do when they see us. Don’t be afraid to talk with the hikers ahead or the biker clad in lycra, they’re most likely hoping that someone will tell them what to do. I’ve found that a hearty “Hello” works wonders to relieve anxiety all around. More often than not people have asked to pet my horse (I generally discourage them) when greeted in a friendly manner. No one likes being told what to do so I also believe that it’s a good idea to tell people the “why” behind what I ask them to do. For example If I ask a hiker to step to the downhill side of the trail I’ll explain that it’s because a frightened horse is more likely to bolt uphill and therefore that it’s safer to be on the downhill side.

Pick It Up. You already know what the “it” is. Call it what you may; Manure, Poo, Road Apples; we’ve become inured to it. Unfortunately that isn’t the case for many other trail users. Poo on the trail is the most common issue that hikers and bikers have with horse riders and it’s easy to remedy both at the trailhead and while on the trail. At the trailhead remove any messes and take them home with you and while on the trail, especially those popular with other user groups, try to kick it off or even better maneuver your horse to the side so that you don’t leave a mine field behind you.

Leave No Trace. Spring is mud season and the second most common problem that hikers and bikers have with us is that we’re too hard on the trails. Sometimes they’re right. If it’s a muddy rainy day maybe it’s a better bet to stay home and clean tack. If there are occasional muddy areas on the trail set the right example and forge through them, not around. When you pick a route around a mud spot you make the trail wider and inadvertently expand the nasty spot. Another way to reduce our impact is to avoid tying to trees.

Fido Stay Home. At popular trail systems leave the dog at home. Your lovable hound can be bothersome to other trail users and even a well-trained dog can get overly excited and run off, jump up on people, or get underfoot. The dog that I belong to only accompanies me on trail rides at less popular front country areas or during times when the chances of meeting other trail users is low. While she may not be terribly pleased with the situation it keeps her much safer.

Well there you have it; the TrailMeister’s top five tips for sharing the trails. If it seems that I’m suggesting that we as group be more attentive to other user groups, I am. As I mentioned earlier, equine use is an incredibly small percentage of the total number of trail users.  Public trails users that dislike or are afraid of us won’t be very helpful when we need them to help us maintain our trail access. Mutual respect, multi-use manners, and common courtesy will be a key factor in helping keep everyone happy and us on the trail. Remember that you are an ambassador for equestrians. 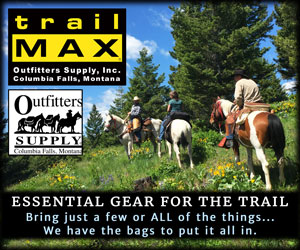