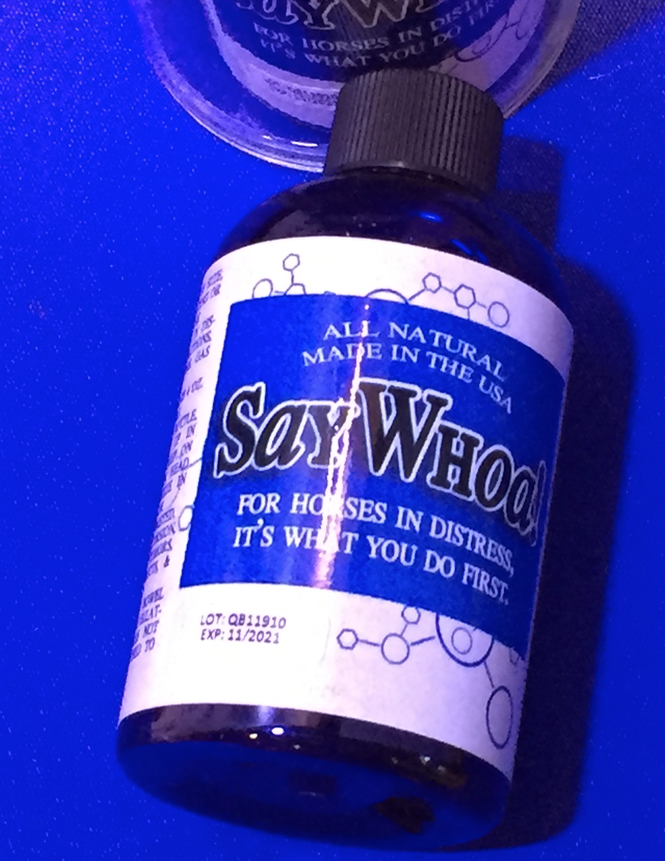 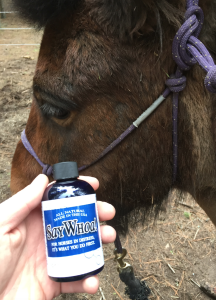 Say Whoa by Horse Sense Solutions is a product that we hope to never use. It’s described as a product to help maintain a healthy gastric system, support normal digestive flow, and promote normal equine bowel function.

In short Say Whoa is designed to help treat colic.

At its heart the definition of “colic” is abdominal pain. Colic is a symptom, not a diagnosis, and can appear in a variety of forms from minor to life threatening.  As many horse and mule owners can attest it’s scary stuff and we can feel helpless when it happens. I know I do. I also know that I’ll be keeping a bottle of Say Whoa nearby in the future.

Before I tried Say Whoa I took a bottle to my veterinarian who said that at the worst it couldn’t hurt my animals. Not exactly a ringing endorsement but at least I was satisfied that it wouldn’t harm anyone. 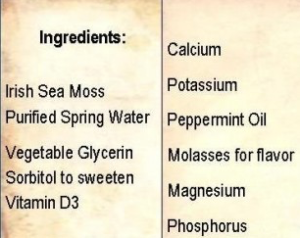 He also and said that while the majority of minor colics resolve themselves that if I wanted to try to do more I could take the affected horse on a trailer ride as the stress from trailering generally causes the horse to pass manure.  To me the main benefit to the trailer ride is that I’m on the way to the vet! I had never thought about it before but the first thing my horses do upon entering the trailer is poop. 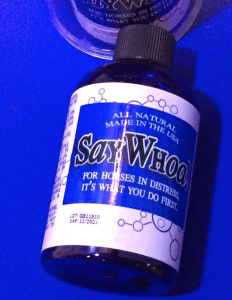 Then I put the bottle of Say Whoa in my Equine First Aid kit for almost two years where it sat unloved and nearly forgotten.

Fast forward to spring of 2016 and Minning our dear Icelandic wasn’t “right”. Horse owners know, or should know, when an animal isn’t feeling well. With Minning it’s a lack of interest in food and lethargy. She has a tendency to be picky about water temperature and has a history of colic episodes during the shoulder seasons.

When I found Minning laying in the pasture, listless, and not interested in eating I found the bottle of Say Whoa and without much faith administered it to Minning with the hope that it would offer some relief while I hooked up the trailer for a quick ride.

In the ten minutes that it took my to get the trailer ready to load Minning had gone from laying down to standing. But still seemed off with no interest in food and no bowel movements. So into the trailer and down the road we went. The intent was to drive for a few minutes in the direction of the vet’s office and if no improvement had occurred to proceed on for more advanced intervention from the veterinarian. 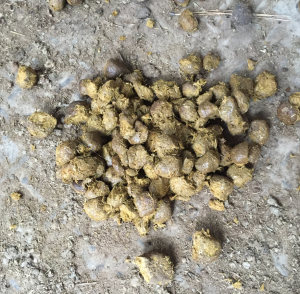 Five minutes down the road I stopped to check the trailer and was rewarded by a one of the larger piles of manure that I’ve seen. And a very relieved Minning.

Five minutes later we arrived home with a very hungry horse and haven’t had any further issues.

Do I know if Say Whoa was the cure for Minning’s malaise? No.

What I do know is that Say Whoa removed the feeling of helplessness I had when confronted by a family member who is feeling unwell. For me that’s enough reason to keep a bottle nearby.

You can learn more about Say Whoa by visiting their website at http://stopscolic.com.